The origin and history of Word Search puzzles 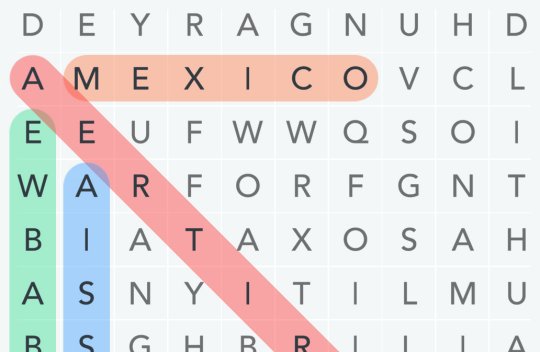 The history of Word Search puzzles is clouded with uncertainties, but a surprising feature is clear: it is a very young game. Perhaps due to its simplicity, it may seem that Words Search has been around for centuries. Nevertheless, its origins can be traced back to the mid-late 60s which makes it just a little over 50 years old.

The beginning of the history of Word Search

The creation of these word puzzles is officially attributed to Norman E. Gibat, an American from Norman, Oklahoma. In 1968, Gibat was looking for ways to engage readers with his publication Selenby Digest when he unexpectedly invented what we now know as Word Search games.

His goal was to create something to distinguish his publication from its competitors and these word puzzles came to him as a simple game that could be played when waiting in line at the supermarket or in any waiting room. The chosen topic was cities from Oklahoma with Norman’s street names following the next week.

The puzzles were an incredible success. Everyone loved the games and teachers were especially quick in understanding its learning potential.

Norman teachers wrote to the Selenby Digest requesting more puzzles they could use in their classroom.  They later spread the word to other Oklahoma and out of State teachers who immediately started to also request these word puzzles.

The Selenby Digest was short-lived and closed doors in 1970, but the game created by Gibat was to live much longer.

The claim to the creation of Word Search is contested by Pedro Ocón de Oro, a Spaniard credited with inventing over 125 types of puzzles in Spanish.

During the 60s, this puzzle aficionado created what he called Sopa de Letras (Soup of Letters) which was nothing more than a Word Search puzzle. Historians have not been able to pinpoint when Ocón de Oro created his puzzles, although they all agree with the decade.

This lack of certainty made the history of Word Search puzzles tilt in favor of Norman E. Gibat but even now it is generally accepted that American may have had a certain Spanish inspiration.

The many names of the game

As neither Norman E. Gibit nor Ocón de Oro patented the creation of Word Search puzzles, these quickly became syndicated, appearing in several publications throughout the world. The lack of a particular name also gave rise to several denominations of the game.

Word Search and Word Find are the most common names used nowadays, but the game is also known as Seek and Circle, Search a Word, Circle Circle, Word Seek, Mystery Word, or Word Sleuth, among many others.

Gibat created the classical game version that provides a list of words grouped around a theme for the player to find in a grid of letters. The size of the grid has always been subject to changes to match the difficulty of the puzzles.

As the years went by, the history of Word Search puzzles has also been marked by the emergence of different game variants. Despite all being faithful to the basic structure of the puzzles, little tweaks were enough to differentiate them.

The three most popular variants are:

No word list provided: the player only knows the topic and the total number of words to be found.

List with clues: this variant is similar to Crosswords. To know which words to find, the player needs to decipher a list of clues or simple definitions.

Snake Search: the words hidden in the grid can twist and turn in any direction.

From players to creators

Creating Word Search puzzles was a time-consuming task… until the internet arrived.

Nowadays there are countless programs and online tools that help individuals create their personalized puzzle in no time.

Now, players control the game. Students and teachers can carefully choose which vocabulary to display or review and set the difficulty level accordingly. Grids with customized secret messages can be sent to loved ones to entice their competitive side with a funny joke or a sweet declaration.

In approximately 50 years, the history of Word Search puzzles took a 180º turn and now players and creators are entwined and create a unique community of puzzle lovers.